Beans anyone? The surrealist factions bringing an anarchic aesthetic to TikTok

Most people are familiar with what goes on in TikTok by now.

As TikTok has evolved, the mainstream activities of dances and challenges are coming to be referred to as straight TikTok. Those with more of a penchant for the bizarre are making posts that come under the definition of elite TikTok (also known as alt TikTok, an even weirder offshoot is known as deep TikTok or DeepTok). These contain a nebulous set of conventions and searching the above hashtags on the platform takes audiences into a rabbit hole of surreal content. Strange and distorted faces glower into the lens. Naked figures in grotesque alien masks anoint themselves with baked beans while squatting in shower cubicles. Barbie dolls swing from ceiling fans in a macabre choreography. 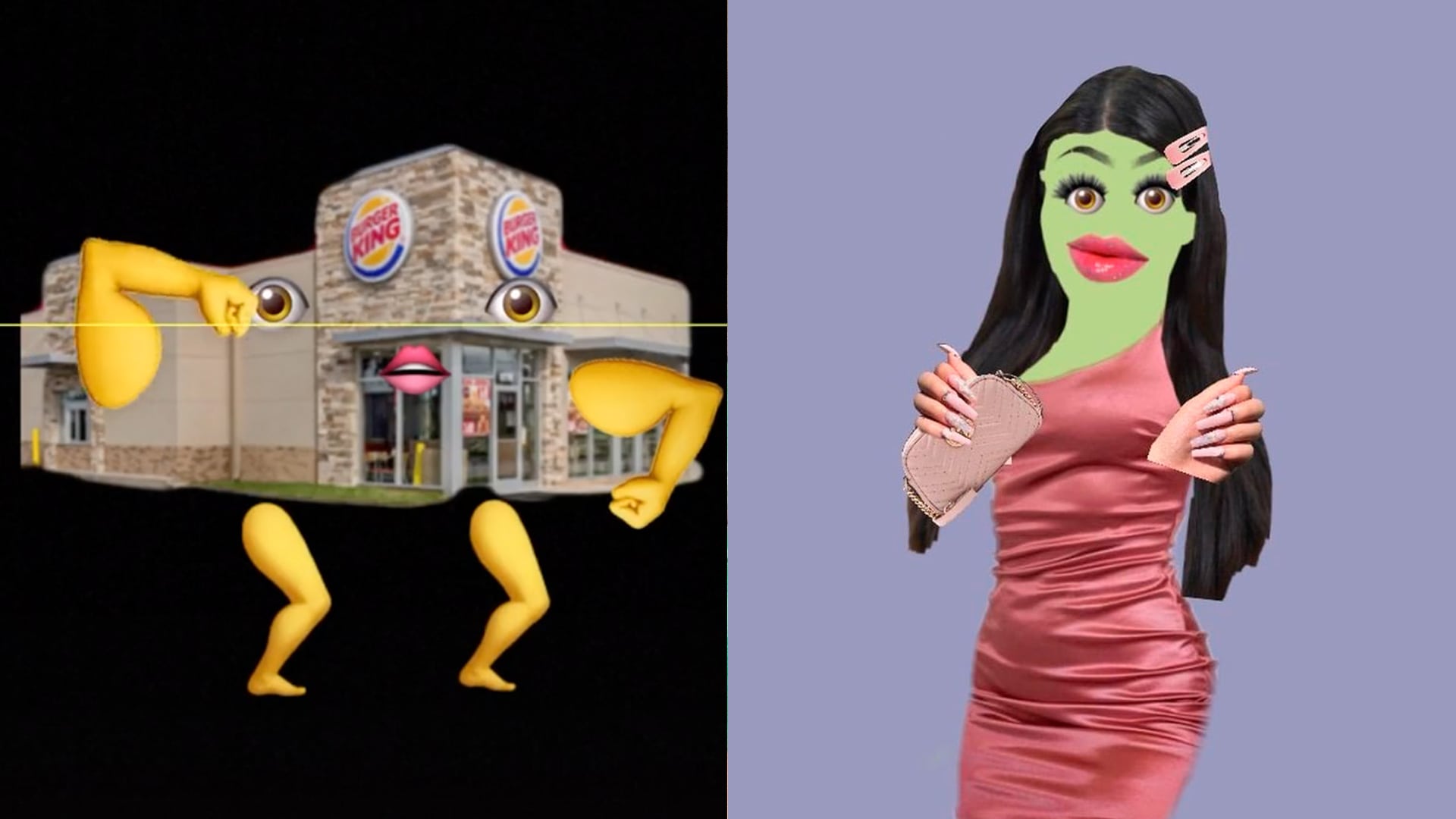 From cult to occult

A number of micro trends have emerged within this tranche of content on TikTok. That is, recurring subject matter that features items that seem to have taken on a fetishised meaning. Frogs, for example. Elite TikTok has an obsession with them. The same applies to tinned beans. The Sesame Street character Elmo is also widely represented, often featuring as a talismanic figurehead within some pseudo-satanic ritual.

Elite TikTok also has some users taking on new identities, naming themselves and adopting the personas of inanimate objects, metals or Pantone colours – @ElementIronOfficial @TheColourLettuceGreen, for instance. Most intriguing of all is the rise of people in this new movement posing as famous brands. @BurgerKingRetail @walmart.department.store

@OfficialTabasco @therealmacys and @theburlingtoncoatfactory are all handles run by irreverent Gen Z’ers that are playing with the identity of these companies. They feud, call each other out and create mesh art within the platform.

The phenomenon of elite TikTok is complicated and fast-evolving. But it proves again that some of the most divergent and inventive ideas occur on the fringes. Strategists, creatives and brand managers should take note.

Perplexed by the new movements gathering pace on TikTok? Keen to understand how to turn these behaviours into a commercial advantage? Connect with us to learn about OK COOL’s new TikTok Studio offering.